A+ | Reset | A-
Skip to content
National Statistics Surveys

Every year, the Coalition selects priority counties using a 5-year average of the rate of crashes involving individuals aged 65+, compared to the population of 65+ in both urban and rural counties.

For 2019 the following counties were chosen: 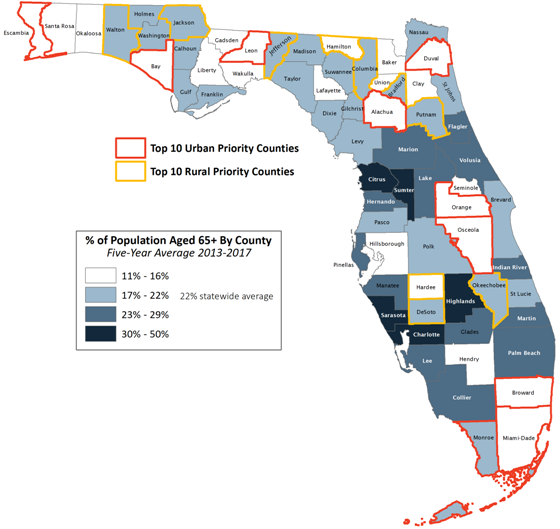 In establishing the methodology, the Safe Mobility for Life Coalition uses the definition of rural county as defined in Section 288.0656, Florida Statutes:

Overall, in Florida as road users age, they are involved in fewer crashes. This suggests that older adults engage in safer mobility habits compared to younger age groups.

The following graphic represents Florida data from 2017 (most current year) 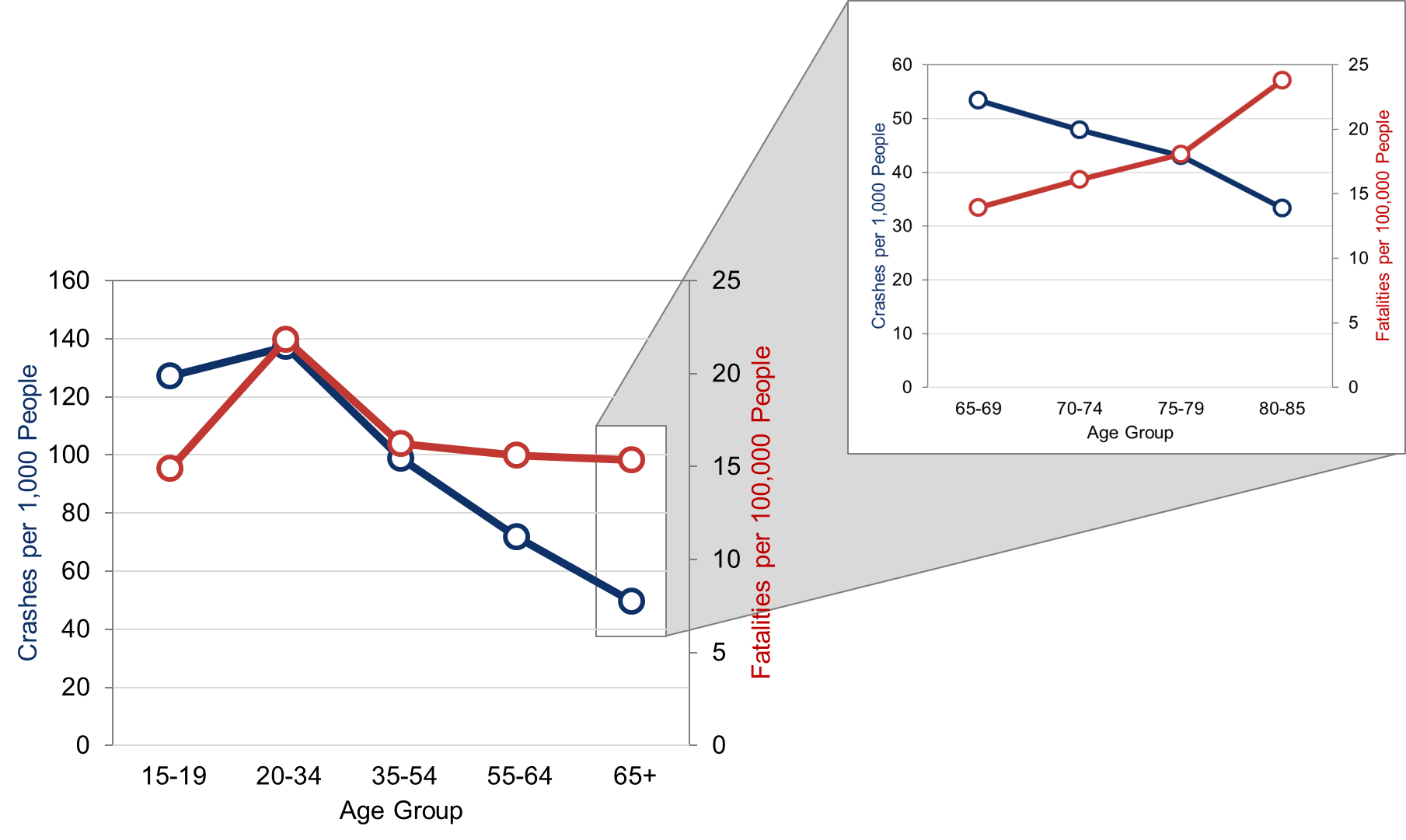 The crash rate for people aged 65+ is about half that of 35-54 year olds, yet they have twice the fatality rate. This suggests 65+ road users have a much greater risk of death once they are involved in a crash. 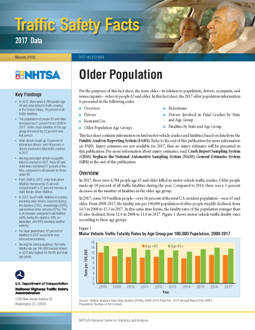 In 2017 the Coalition conducted a statewide survey to understand how Floridians over the age of 50 get from place to place. We collected 2,864 surveys (on-line and paper) from 57 counties. The survey questions ranged from how they feel about driving, how they get around their community, to how they would feel about driving an autonomous vehicle. The Coalition will be examining this data further and using results to implement our Aging Road User Strategic Safety Plan.

A general overview of the respondents include:

A statewide report of the on-line responses can be found in the Aging Road User Survey Responses 2017. Please keep in mind when reviewing the data that these are the raw responses reported and some counties had a small response rate.

In 2013 a telephone and internet survey was conducted to identify the habits, needs and concerns of Florida’s aging road users, and to assess how these changed since 2011 and 2012. The survey investigated drivers’ and other road users’ characteristics; their opinions regarding the safety of Florida’s roads; their plans for when they can no longer safely drive; and their knowledge of the Coalition, local transportation options, CarFit events, and driver safety courses.

The survey was administered to a random sample of 1,056 Florida residents, approximately half of whom were between age 50 and 65 and the other half were 65 and older.